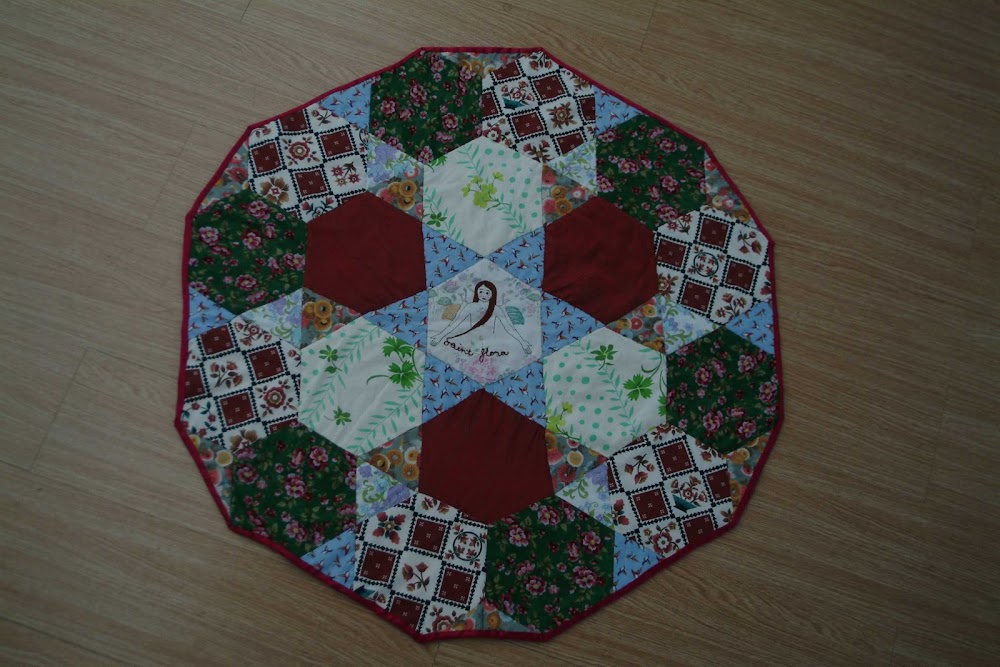 This is a quilt I made last year. I built it around an embroidery that I had done the year before that, gosh- 2006! I sewed the entire thing by hand. The backing is a beautiful pink silk. It was so wonderful to watch it grow so slowly. I felt just like a pioneer in America, trapped by snow in a tiny one room cottage in New England.
St. Flora is my favourite saint- not that I am religious. Although I did attend a small Catholic girls school from the age of twelve to sixteen. In year eight we had to do this project on saints, I remember my friend Molly took Saint Elmo because he was the patron saint of stomach ulcers or something obscure like that.
But Saint Flora was really amazing. She lived in 14th century France. Basically she rebelled against her parents and refused to be married. At the age of fifteen, she entered the Priory of Beaulieu of the Hospitaller nuns of St. John of Jerusalem and was bullied by all of the sisters in the convent. She fell into a depression and began to have mystical and out-of-body experiences.
On the Feast of All saints, she fell into an ecstasy and fasted for three weeks- taking no nourishment until the feast of St. Cecilia.
The best mysticism that she experienced was rising four feet from the ground while meditating on the Holy Spirit and bleeding freely from the mouth and stigmata on her wrists and feet while all of the bully nuns watched enviously (think Sissy Spacek in Carrie).
She was also prophetic, sometimes having visions of major events that were still to occur. She died in 1347 and many miracles were worked at the site of her tomb.
I also really loved this other saint for a while- I can't remember her name- she was detained by authorities who believed her to be practicing witchcraft and during her imprisonment, she bit through the veins in her wrists and bled to death. There was another "witch" in the cell who wrote down what she said as she was dying. It was this amazing disjointed poetry- with visions of Satan and "blooming beastie beards" that was the best line that I remember clearly.
Most saints were people living on the borders of society, most of them were probably mentally ill, and experiencing a sort of distortion of the world that many people could never imagine. Without explanation for the way these people lived and interacted with others (if they did at all), they were revered and seen as having special divine powers. I think there is such a contrast in the way that people with severe mental illness are treated in society today, and to the way that they were treated in the years before psychological studies were advanced universally. I think that in a way, the sheer amount of reverence shown to people living alternatively like Saint Flora, is probably lost to us forever due to modern skepticism. 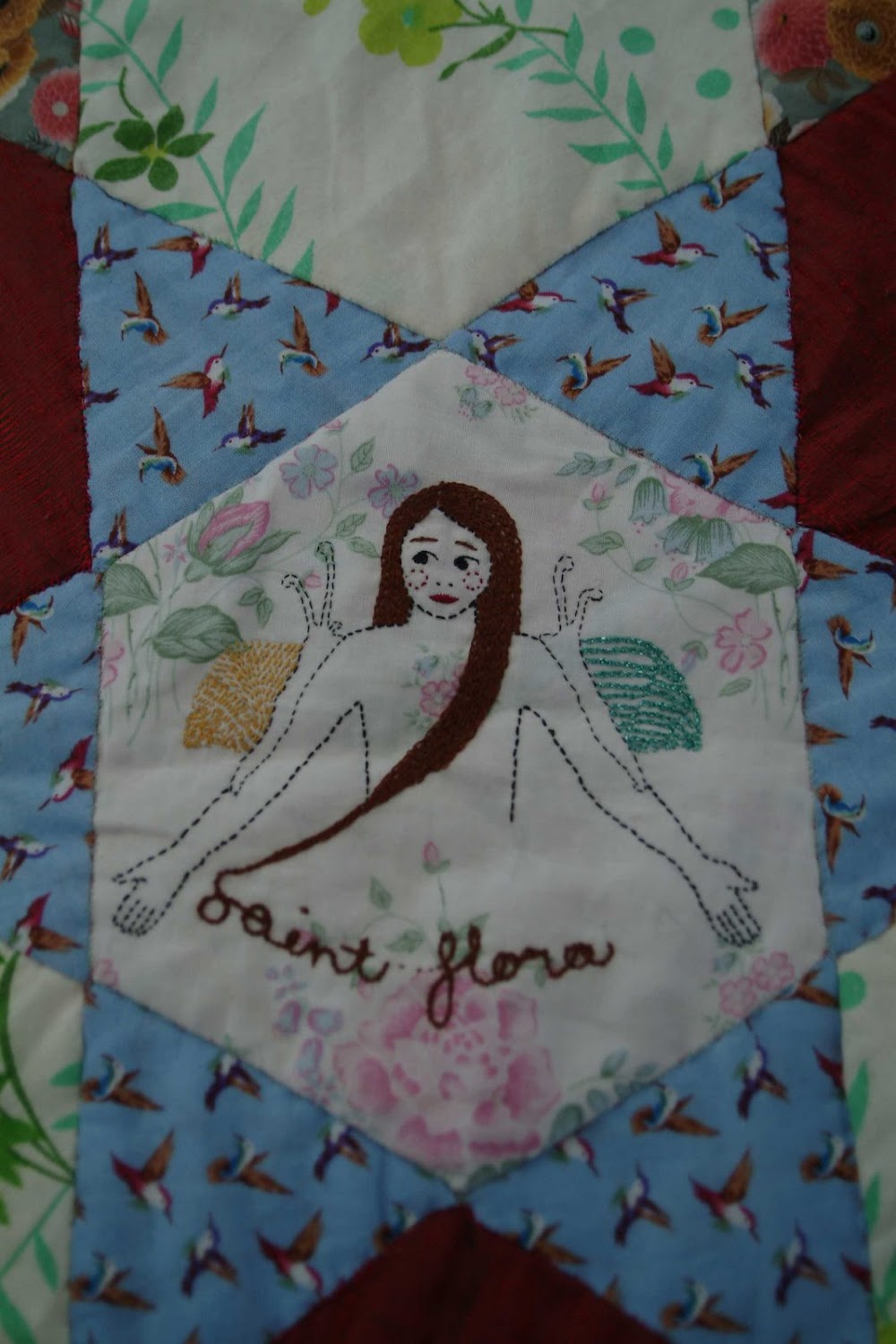